In general, most bench top scales and floor platform scales do not require the services of a scale technician to install.

The important things to remember when installing such a scale are:

Here are some example scenarios: 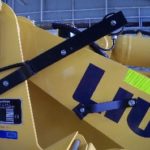 Scales requiring civil works such as weighbridges and other large scales

Installation of a scale that measures the pressures of the machines hydraulic system that will be installed onto such machines as front end loaders, excavators, telehandlers and reach stackers)

It is essential that the installation of such scales be completed by a scale technician associated with the company that has sold the scale, as the accuracy of the scale can be effected greatly if not installed correctly.

As most of the digital parameters of these scales are code protected so that untrained persons cannot accidently or intentionally access the calibration modes, all calibrations must be conducted by the supplier’s technician.

NMI also has laws relating to the use of a Control Instrument and the use of Substitute Test Masses, which if used must only be used as per the NMI legislation.

Only licensed scale technician know all the NMI laws pertaining to the calibration of a Trade Approved scale. 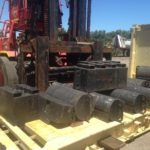 These laws effect any scale (existing or new scale) that will be used to weigh an export sea container to determine the Verified Gross Mass (VGM) of the container (using either weighing method known in the legislation as Method 1 or Method 2). These laws apply should the export sea container as part of its transportation be placed on any vessel that is on water for shipment. The AMSA laws are a mixture of their AMSA laws (meaning that any scale either a Trade Approved scale or a NON Trade Approved scale maybe used) to determine the VGM. But, before such initial use and then periodically thereafter that scale must be tested to the Australian NMI laws regarding the testing of a scale of that type/capacity.

AMSA laws also include that the test masses used must be the NMI Regulation 13 certified standard test masses.

Whether your company uses either a weighbridge, general or industrial platform scales, or scales installed on either, forklifts or reach stackers for AMSA weighing of an export sea container to determine its VGM, consult with Instant Weighing to make sure that your scale is tested correctly and that the written test reports will be acceptable and compliant with the AMSA legislation should your company be audited by a AMSA Inspector.