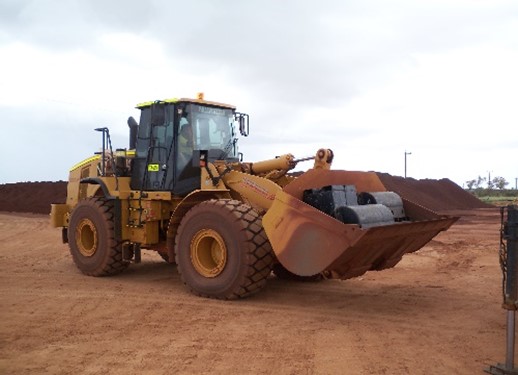 Instant Weighing based in Western Australia, is a family-owned business that has been running for more than 26 years providing a variety of weighing products and services. It is the WA distributor for the Australian made COMPULOAD scales for front end loaders, forklifts, telehandlers and reach stackers as well as selling and servicing notable products such as COBO excavator scales, Fine Balances, Weighbridges and a variety of top-quality industrial scales.

Backed by an expert team, Instant Weighing is capable of scale supply, installation, calibration, testing, repairs and preventative maintenance, to keep the product performing at its best.

Manager Calvin Sidney said these services were invaluable to the mineral resources sector, where accurate measurement data was critical.

“For one, it prevents the loss of revenue,” Mr Sidney said.

“Inaccurate weighing means you may supply more product than you are paid for.

“It also means you might run afoul of the Federal Government trade regulations.

“It can pose a safety threat on roads under the Main Roads Chain of Responsibility (CoR) laws.

“We pride ourselves in delivering the most reliable weighing possible.

“With our COMPULOAD range, we have found a way to minimize weighing inaccuracies for front end loader scales, by better temperature compensation for the hydraulic oil temperature changes that occur during use of the loader.” Machines, such as front-end loaders, hydraulic oils heat and cool during an average 24-hour operational period, which can impact recorded weight.

Mr Sidney said the COMPULOAD scale recorded the weights that were loaded onto the road train trailers and the comparison weights were recorded by a Western Australian port authority using belt weighers and surveying the loaded ship.

The following weighing results cannot always be guaranteed, but these were the weight results reported to us by our client.

“For the first shipment, the COMPULOAD scale recorded a total ore weight of 18,800t,” he said.

“The port authority recorded a difference of just 37t.

“On a second shipment, the COMPULOAD scale recorded a total ore weight of 20,070t, and the port authority recorded a difference of just 48t.

Mr Sidney said the COMPULOAD 6000 scale can be programmed with specific target weights to stop the operator overloading axle groups, and the scale comes with the ability to electronically transmit loaded weight data back to the office computer, if loader is working within 3G, 4G reception. Again, when buying the scale, order this as an optional extra.

The proudly Australian company Atlas Weighing manufactures all their product domestically and has positioned itself as a fast and reliable product supplier and each State in Australia has a COMPULOAD distributor.

“We’re Australian owned and operated, The COMPULOAD scales are manufactured in Sydney and is uniquely positioned to provide high-quality service, no matter the global climate.

Disclaimer: The COMPULOAD scale has the optional extra to compensate for temperature fluctuations when weighing.

Instant Weighing passes the test!
In 2016, new laws were introduced regarding weighing sea containers (VGM) that are transported on water.

The AMSA laws state that scales used to determine the VGM weight of a sea container do not have to be a Trade Approved scales but must be tested as if the scale was a trade approved scale for that specific type and capacity scale. This testing should be done annually.

NMI Trade Approved scale testing has a very complex set of rules which must be followed, and NMI Regulation 13 certified test masses must be used according to the AMSA testing rules. Many reports have been completed by people who do not hold the appropriate NMI scale testing license and have consequently failed an AMSA audit. The AMSA Inspector will insist on a company having the correct written test reports before they will finalize and approve their audit.

Instant Weighing calibration testing services stretch from Esperance to Derby, and the team visits these areas yearly at a minimum to engage with clients needs.